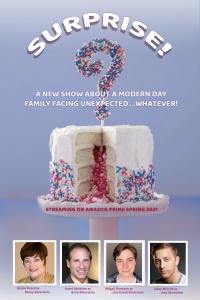 SURPRISE! A new web-series re-interpreting the 'All in the Family' story. 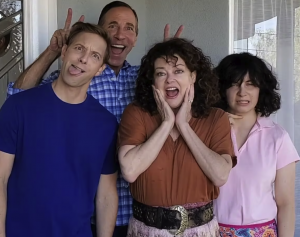 SURPRISE! another award winning project from Picard Productions. They expanded their production studio in Santa Monica and have 2 new projects rolling out.

SANTA MONICA, CALIFORNIA , USA, May 18, 2022 /EINPresswire.com/ -- SURPRISE! It happened again! The new web-series has garnered another award as it continues to make the short film festival rounds. Winning Best Comedy and Best Actress awards in the Vegas Shorts festival, it comes off an earlier at the California Indies festival for best LGBTQ short. Trailer: https://Vimeo.com/546250573

This is a big win for SURPRISE! lead Nicole Picard, who happens to be the series’ writer, director and producer, part of her production company Picard Productions. She won 2 years ago as Best Director and Lead Actress for the production company’s first project, the musical web-series Lineage Tribe. Trailer: https://Vimeo.com/576663544

SURPRISE! Is a modern day ‘All in the Family’ where the conservative character is the wife, Nancy, where, as we all know in the original, it was played by the husband. We have here in SURPRISE!, the husband, Brian brought to life by David Edelstien, who brilliantly interprets a compassionate yet, quirky dad. With Abigail Thomson as their daughter Lisa, struggling with her identity and Jason McCrite as a crass, male chauvinist lawyer, we have a real family dealing with issues from 2 extremes. The storyline isn’t all funny such as 1 character is diagnosed with cancer. There are many touching moments, but the take on suburban life in a Republican Arizona is very compelling.

Picard Productions has a new character sketch show titled 1st Woman, now in post production and a Game Show musical contest set to gather top female musicians for a mega rock band, filming at the end of the year.

The producer, represented by Sovereign Talent Group, is actively seeking a distributor to assist with getting their award winning projects out to the masses.