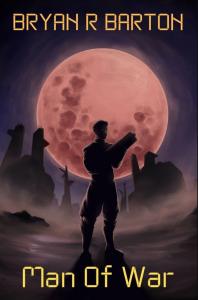 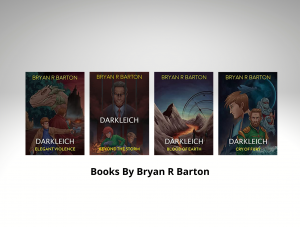 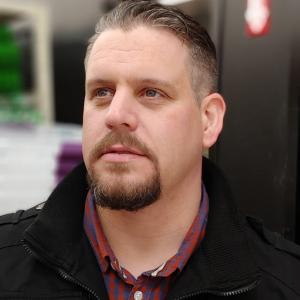 In "Darkleich: Man of War" a cloaked vessel attacks a coalition of planets, which prompts the panicked leaders to appoint Darkleich to get to the bottom of the attacks. The mystery vessel is possibly connected to the species known as the Kadarian and the entire galaxy is in danger. The truth is buried in the annals of galactic history, and Darkleich must find the reason behind the attacks as well as the true perpetrators despite the immense dangers arrayed before him.

"Darkleich: Elegant Violence" begins when the powerful Chancellor Junar survives an assassination attempt and seeks vengeance. Darkleich is once more tasked to find the parties responsible, and now he leads the Criminal Retrieval Unit of the interplanetary coalition, which has grown into the United Alliance for Interplanetary Worlds. Darkleich goes on the pursuit of Zigart, a notorious interstellar criminal, but unexpected twists and betrayals await him.

"Darkleich: Beyond the Storm" continues where the previous installment left off, with Darkleich in pursuit of a formidable crime lord commanding a vast network of henchmen. There is danger at every turn, Darkleich and his companions must contend with current threats as well as revisit their harrowing histories, as they race against time to stop the crime lord's plans for mass destruction.

"Darkleich: Blood of Earth" follows the titular hero on a mission to Earth, now a lifeless husk due to an asteroid impact in the year 2165. They are there to retrieve a destructive device but upon their arrival they make a shocking discovery, namely that the world is not as uninhabited as they thought. They encounter underground civilizations as well as formidable foes and race against time to complete their mission, namely the recovery of a planet-killing weapon that cannot fall into the wrong hands.

"Darkleich: Cry of Fury" has the tireless soldier and hero confront two of his most dangerous adversaries yet, an ally and friend who now stands apart from Darkleich, and a megalomaniac who aims to dominate the galaxy and has sworn to kill Darkleich. The galaxy's savior must weather attacks from all side to save interstellar civilization one more time.

About the Author
Bryan Barton is an avid reader who served in Iraq and Afghanistan before trying his hand at writing and penning the Darkleich series as a result. He lives in Alexandria, Virginia with his husband, their dog and three cats.